- One of the Windows 8 client fundamental improvement announced during Build Windows keynote #1 is the reduced of Windows processes and memory usage, below is a snapshot of the presentation about processes & memory usage reduction.  This should be a good news for all since more spare memory meaning more room for other applications running on Windows. 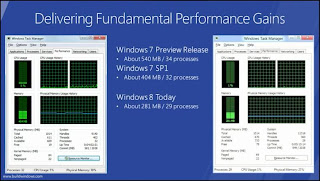 A snapshot of Build Windows Keynote #1 presentation
To do comparison, both plain Vanilla Windows 7 SP1 and Windows 8 Developer Preview Edition were installed on two identical computer hardware.  And I have captured the Processes and Physical Memory usage for both Operating System during system idle and it is quite closed to what has been announced. 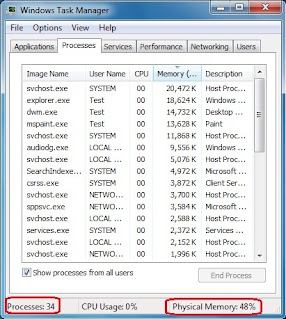 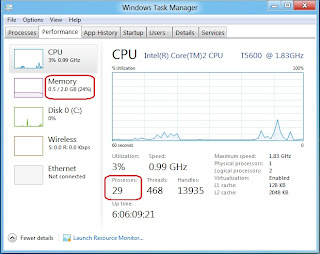