A new Office has arrived ...


Does your product work with Windows 8?

Microsoft has prepared a online product catalog consists of two categories, Programs (Apps) an Devices.  All you need ot do is to Browse or search through the catalog to find out whether your apps and devices are compatible with Windows 8.  I feel it is really useful and become handy where you do not need to trial and error and sometimes may break the Windows 8 by re-installing your devices or apps multiple times, check out the Compatibility Center for Windows 8 Release Preview. 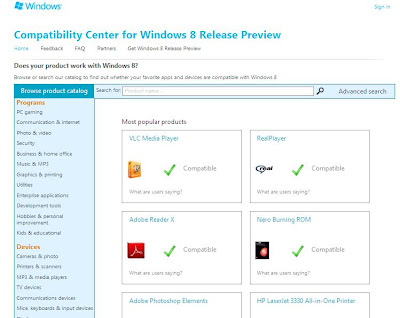 Microsoft has released the Windows 8 Release Preview on 31st May 2012 and it has been almost 2 months now.  I have couple of installation of the Release Preview version and it is so far working perfectly fine on couple of my computers. 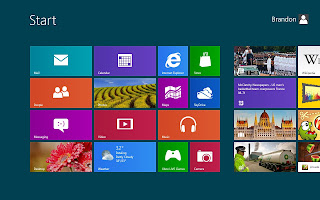